One of the most advanced and natural techniques used to reconstruct a breast after mastectomy is the DIEP flap, an advanced technique performed by Manhattan, NYC & Westchester, NY surgeon Dr. Oren Lerman. During this procedure, excess abdominal skin and fat is transferred from the lower abdomen to the chest in order to create a new breast mound.

Utilizing advanced microsurgical techniques, the blood vessels that supply this tissue are cut and then sewn to new blood vessels in the chest wall under a microscope.  This ‘transplanted’ tissue is living natural tissue that looks, feels, moves and ages like the original breast tissue. It therefore allows for the most natural results after mastectomy.

A DIEP flap will give the most symmetrical result with the unaffected breast in the case of a unilateral (one sided) mastectomy and can be performed for bilateral (both sides) mastectomy to give the most natural and symmetrical results available. Because the DIEP flap is your body’s own tissue it will age with you and over time there will never be any risk of “rejection”. As opposed to implant breast reconstruction, which often needs to be revised over time, most patients with autologous reconstruction actually look better with time as the breast mound softens and behaves like natural tissue. After the recovery process you can return to all of your normal activities including exercise and sports. Additionally, a DIEP flap breast reconstruction also gives an added cosmetic benefit of a flat abdominal contour similar to that seen after a cosmetic tummy tuck.

Although the TRAM flap was originally described back in 1979 it is still one of the most common forms of autologous tissue (using your own natural tissue) breast reconstructions performed by most plastic surgeons.  Dr. Lerman offers his patients the more advanced DIEP flap procedure. During a TRAM flap, all or part of the abdominal wall muscle (Rectus Muscle) is transferred along with the skin, fat and blood vessels. When transplanting the muscle there is an increased risk of developing an abdominal wall weakness, bulge, or hernia. The DIEP flap is performed without transplanting muscle in order to avoid complications with abdominal wall weakness or hernias.

Because this operation requires considerably more skill and precision than traditional TRAM flaps or breast implants it can also take longer than other techniques. Dr. Lerman’s advanced microsurgical training, however, allows him to perform these surgeries in the most efficient manner to minimize operative and recovery time. The procedure is less invasive, resulting in less pain and faster recovery. The extra surgical effort is rewarded by superior cosmetic and functional results. 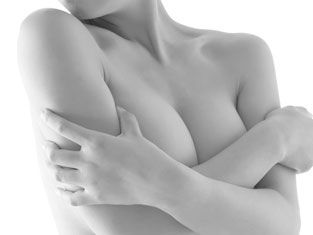 A common misconception about DIEP flaps is that you have to be overweight to perform a DIEP flap. This is usually not the case. Rather, you simply have to have enough extra tissue to create a breast. Dr. Lerman often performs this surgery for women who have previously been told by other surgeons that they are not candidates.

For those women who truly do not have enough tissue on the lower abdomen to perform a DIEP flap, and still want a natural breast reconstruction without an implant there are numerous alternative flap options that Dr. Lerman offers. These options include the SGAP flap (buttocks), PAP flap (posterior thigh), TUG flap (inner thigh), and TAP flap (back) as well combination or Stacked Flaps.  Schedule a consultation with Dr. Lerman to learn if you are a candidate for a DIEP flap or other perforator flap reconstruction.

The most common type of Breast Reconstruction after mastectomy in the United States is reconstruction using breast implants. Although this option works well for most women it often needs to be revised over time. Even when a result is excellent at the time of the mastectomy, over time many patients develop complications or are simply dissatisfied with the result of their implant reconstruction as their body changes and gravity and age take effect. One of the best ways to fix problems or dissatisfaction with breast implants is to remove the implants completely and perform autologous (natural) tissue reconstruction with a DIEP flap or other Perforator Flap. Because these surgeries are more complex than breast implant surgery, many women are not offered this option when they are dissatisfied with their implants. Importantly, revision or Breast Correction Surgery is always covered by insurance just as the original Breast Reconstruction was.  Schedule a consultation with Dr. Lerman to learn if you are a candidate for Breast Correction Surgery with a DIEP flap.