Breasts that have been reconstructed after mastectomy are prone to changes over time. Changes after natural tissue (autologous) breast reconstruction such as drooping and sagging may occur gradually, such as they would with natural breasts, while breast implants filled with saline or silicone gel can rupture, ripple, become displaced, firm and uncomfortable, or otherwise become structurally compromised. For any number of reasons, women who have undergone breast reconstruction may become dissatisfied with their breasts; however, they may be unaware of the options for corrective breast reconstruction at their disposal.

Plastic surgeon Oren Z. Lerman offers a comprehensive range of solutions for women who are in need of corrective breast reconstruction. Corrective breast reconstruction is available at Dr. Lerman's Manhattan, NYC practice to post-mastectomy patients who are dissatisfied with their breasts for any reason, but is particularly well suited to women who are experiencing problems with breast implants. There are a number of techniques available for correcting breasts that have been reconstructed with failing breast implants, including replacing the older implants with state-of-the-art anatomically shaped cohesive-gel implants or removing the implants all together and performing autologous reconstruction using natural tissue from one's own body such as in the DIEP flap or other perforator flap reconstruction (GAP flap & PAP flap).

Breast implants are not intended to last indefinitely. Eventually, breast implants will require replacement. While breast implants filled with saline or silicone gel can last for 25 years or longer, on average, they need to be replaced every ten to fifteen years or so. Therefore, even if you underwent reconstruction with breast implants years ago and are currently satisfied with your results, you should familiarize yourself with the available solutions for secondary reconstruction. It is important that you, as a patient, educate yourself about these solutions so that you can make the most informed and confident decisions regarding your body when the time arrives.

Problem: Both natural breasts have been replaced with breast implants. Over time the weight of the implant can cause the breast implant to shift and become displaced. Additionally the thin skin left over after mastectomy weakens and ptosis, or sagging, occurs due to lack of adequate internal support for the implants.

Problem: Only one breast was reconstructed using an implant. The natural breast continued to change over time, resulting in asymmetry between the two breasts.

Problem: Visible rippling of the implant becomes evident as the breast skin envelope stretches and becomes thinner over the years.

Problem: The patient wishes to replace her breast implants due to rupture, rippling, capsular contracture (formation of scar tissue around the implant that causes the breast to harden), or other deformities that have developed over time. Alternatively, she may want to replace her breast implants simply because she is dissatisfied with their appearance in general and wants to achieve a more natural, aesthetically appealing result.

The DIEP procedure is the most advanced method of breast reconstruction currently available. While it is generally the preferred technique for restoring the breasts after mastectomy, it can also be performed as a corrective procedure. Dr. Lerman uses autologous tissues - tissues from the patient's own body - to create a new, entirely natural breast.

The actual DIEP flap comprises tissues removed from just below the navel, as the fatty tissue in this region is remarkably similar to that of natural breasts. Using microsurgical techniques, Dr. Lerman transplants the DIEP flap to the chest, reattaching the blood vessels with meticulous care. He then shapes the DIEP flap to resemble a natural breast.

Depending on the needs of the patient, it may be possible to reconstruct the breast using a single DIEP flap, or it may be necessary to transplant a second DIEP flap. These flaps can be connected together using microsurgical techniques to form a single breast through a procedure called stacked DIEP flap.

The risk of abdominal weakness or bulge is minimized with a DIEP flap reconstruction as opposed to the old fasion TRAM flap surgery. Post-operational scar patterns between the two procedures are similar.

The benefits of corrective breast reconstruction using the DIEP flap technique include:

Problem: As above, the patient wishes to replace her breast implants due to rupture, capsular contracture (formation of scar tissue around the implant that causes the breast to harden), or other deformities that have developed over time.

Approved by the American Food and Drug Administration (FDA) in 2013 after years of use in other countries, cohesive-gel implants are particularly well suited to women who have undergone mastectomy. Because the consistency of these implants is highly cohesive and they are 'form stable' they are far more likely to maintain their shape over time. Visible abnormalities such as rippling and folding are not as likely to occur as they are with other breast implants.

It is important to note, however, that form stable 'gummy bear' implants, like all breast implants, are not intended to last forever and will likely require replacement over time. For the right candidates, these newer implants offer benefits to breast reconstruction patients that their counterparts cannot match.

Possible problems that can occur with transplanted flaps include:

Lumpectomy is a popular treatment for breast cancer. The benefit is that the majority of the breast mound is preserved. It is however often combined with radiation and although breast surgeons attempt to preserve the cosmetic appearance of the breast it often leaves a contour abnormality, asymmetry or in worst case disfigured breast. Because each lumpectomy is unique in terms of the tissues removed, the subsequent reconstruction must address the unique aspects of this disfigurement.

Often, other complicating factors such as ptosis (sagging) of the affected or opposite breast, size discrepancy between the breasts, indentation of the affected breast, or another abnormality that develops.

If only minor revision of the reconstructed breast is necessary - for example, due to denting of the soft tissues - it may be possible to achieve excellent results through fat grafting. If more substantial improvement of the breast contour is necessary, then DIEP flap reconstruction may be performed. 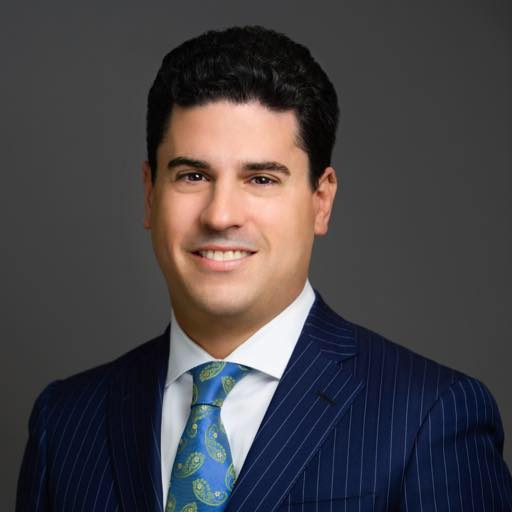